Records are arranged in streets. In each street page you can find full lists of residents by house and by year taken from contemporary Street Directories and Rate Books. Where known the name of the builder(s) of each house has been included. You can also access Census Reports of each house (every 10 years). The information included is aaccurate as possible at the time of publishing. Click on House Histories to find more information about each property.

This archive is a work in progress and additional information is very welcome. Please use the ‘Contact us’ box if you have a contribution. More House Histories, articles, illustrations and ‘Remarkable Visitors’ will be added. All information is deemed correct at the time of publishing. 2018 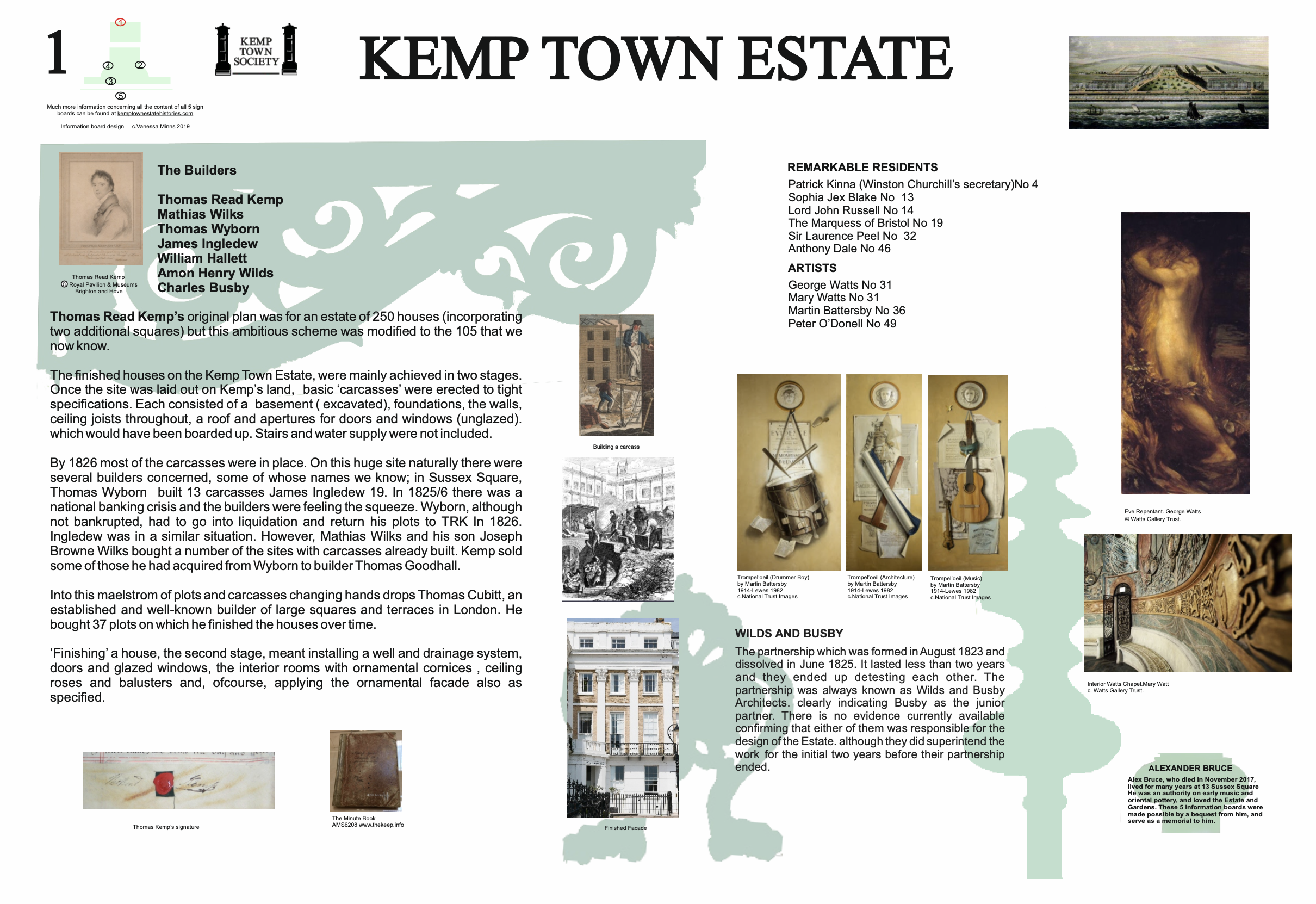 THE ENCLOSURES AND THE ESPLANADE!

The Estate Gardens have been in place since before most of the houses were built. Work began on the formidable task of levelling and enclosing 2.4 hectares of ground in 1823. They were original in three sections - the North Garden and two others below what is now Eastern Road, with a road separating the semi-circular garden of Lewes Crescent. This was removed in 1828, the year that the tunnel to the Esplanade was added. Henry Phillips, a local botanist, was appointed to lay out the Gardens at a cost of £371 10s 8d.

The Enclosures Committee which first met on 5th May 1828, still continues to manage the running of the Gardens. Early meetings were concerned almost entirely with the construction of the Esplanade and the tunnel, which went on until 1840.

Recurring items in subsequent meetings were the rate each household should pay to use the Gardens, the admission (or exclusion) of so-called ‘Outsiders’ to the Gardens (those who did not live on the Estate), children and dogs. The latter have been allowed since 1922. The Agenda at today’s AGMs would have been instantly recognisable to Kemp and his original Committee.

Lord Rendel of Hatchlands started buying up property and land, including the North and South Gardens, within Kemp Town from 1901 onwards with a view to turning the properties into flats. He bought 20 properties in Sussex Square.. A descendant of the Rendel family, Thomas Raymond Dunne, passed the Gardens to the Kemp Town Freeholders 8 November 1995..

One of the earliest records describes the purchase in 1833 of a mowing machine. Originally pushed by hand (presumably) by John Cocksedge and Charles Shirley, it was adapted in 1847 to be driven by a donkey. A donkey was thus purchased each Spring and sold again the following Autumn. A local myth has it that a donkey, having died on duty, was buried over the tunnel. A motor mower was bought in 1923.

In the 1880s, as Lawn Tennis was becoming fashionable, there was a call for a court in the Gardens, to which the Committee eventually agreed. By 1886, four courts were available. In 1907, a Croquet Lawn was added. These continued to be in use until 1939, when the outbreak of war literally changed the landscape. Water towers were constructed in the North and South Gardens; barbed wire surrounded these, limiting the residents to roughly one quarter of the space they had previously enjoyed; concrete shelters were built in front of Arundel Terrace and at the top of Duke’s Mound; and other spaces, such as the Reading Room, were used for military storage.

The most lasting war damage inflicted was to the railings. These had been in place since 1823 and were sawn down in 1942 by the Ministry of Supply, ostensibly for munitions, only to be left piled up at Shoreham for the remainder of the war and latterly sold for scrap. Chestnut palings and flimsy wire netting followed as temporary measures, then posts and chains in 1947. Not until 1973 were the Committee able to take advantage of a government grant to replace the railings with what we see today. The 1100 yards of railings cost £24,000 with £6,000 for associated landscaping costs. Unfortunately there was only money for ungalvanised hard steel rather than cast iron and as a result the railings are again in need of replacement after 40 years.

A gift to the Estate by David Morris of £100,000 kick started the effort and with other donations and a levy on all the residents, enough money was raised replace the plinth and railings enclosing the southernmost part of the Gardens once more.

The Esplanade, spanning the width of Lewes Crescent, was originally an integral part of Thomas Reed Kemp’s Estate, for the exclusive use of residents, with a gate at the western end. A major feat of engineering, designed by H E Kendall Jnr. and constructed by William Ranger Civil Engineer. Henry Edward Kendall Jr. (1805–1875) He and his architect father ran a practice together, which, in 1834, was located at 17, Suffolk Street, London. The Esplanade and Tunnel in Kemp Town, Brighton, dating between 1828 and 1830, was one of their notable works. Lewis Cubitt (who married his sister Sophia in 1830) was amongst those who worked at the practice before setting up on his own. Both were amongst the co-founders of what became the Royal Institute of British Architects.

Early meetings of the Enclosures Committee, which first met on 5th May 1828, were concerned almost entirely with the construction of the Esplanade and the tunnel finally completed in 1840. The central focus on this level is the entrance to the tunnel to the Enclosures,which is flanked by 2 cottages, for the gardener on the left (West) and the frock-coated Estate Constable on the right. (East) A notice board by the front door of the latter explains how residents were to ring a hand bell in the event of intrusion by malefactors. At the eastern end is the classically-proportioned Temple, originally a place forresidents to sit and shelter from the sea breeze. Five inserts in the retaining wall, on both this level and the one below, also served the same purpose.

Directly below this spot is the Reading Room. Effectively an Assembly Room, it was conceived by TR Kemp as a meeting place for residents. There are records of mothers sitting there reading the newspapers whilst their children are taken out swimming from the beach in front of them. This community use did not last and by the turn of the 20th century the Reading Room had been taken over by the gardener and effectively become a potting shed. Thereafter it was used for various storage purposes, eg.for tennis nets.

Dukes Mound,to the west, is named after The 6th Duke of Devonshire, who owned 1 Lewes Crescent for 30 years from 1827. ‘The Slopes’, as they are called, are a series of paths allowing access to the beach from the coast road, the A259. In 1902, after much legal wrangling, the entire Esplanade was sold to the Corporation and remains a public walking and cycling route to the Marina, bordered by shrubs and plants maintained by the Council.

It would have been impossible to make this archive without the dedicated help of Andrew Lansdown, Keith and Jayne Paulin, Simon Smith. Nickie Swaden-Ward and Zoe Woodward.

Thank you all again.

Further thanks for their help and encouragement from Dr. Sue Berry with generous permission to use some of her work, Michael Osborne for sharing his huge knowledge, Nick Tyson, Andrew Doig for sharing his extensive research, and many residents on the Estate past and present. Christina M.Gee M.B.E.for the initial use of her research, Ben Borrett for the use of his beautiful photographs and Adam Liversidge who built these pages and gave much good advice! 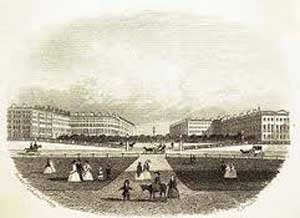 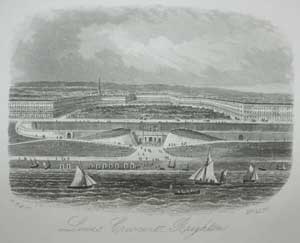 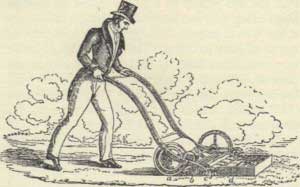 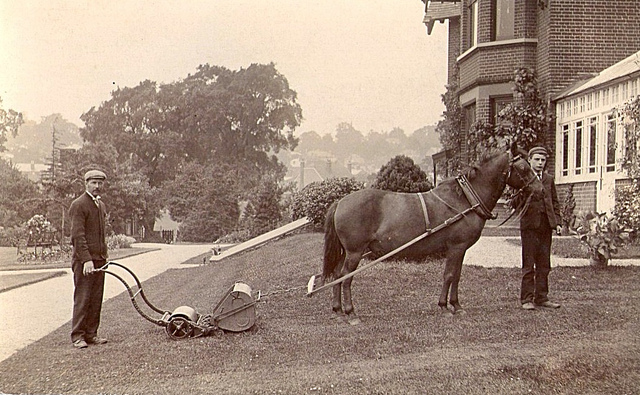